There are a bunch of free gigs in London. Each week I go to three and review them.

The rating system is simple. How many beers did I buy (drink)? The more, the better.

Unfortunately, I didn’t arrive in time to see Hobby Club, but my girlfriend did. She gave me a download: the guitarist pulled faces at the crowd and the singer looked really Hackney (after she’d taken off her jacket). Great then.

So on to Mellow Gang, who I definitely didn’t miss.

For those who haven’t listened, Mellow Gang play dreamy music that would go great in your lounge. Kinda like Cocteau Twins with Lana Del Rey vocals: a lotta’ chime bells (keyboard), electronic drums that could attract an orca (sonar sounds) and female vocals that pour out like molasses. Also, their song Carousel sounds like Supertramp.

During the show, I stood at the front of the audience – a decision I immediately regretted. Yeah, I kept getting in the way of the hired cameraman (he probably hadn’t been to Hackney before – he was wearing a stab-proof) and I didn’t have anywhere to look except directly into the bassist’s eyes. My gaze made the bassist really uncomfortable (shame, I was trying to express that live, he was the highlight).

Technically, Mellow Gang were good (except for some lacklustre guitar – but no big deal). By that, I mean they played songs from Adjourn successfully live.

However, live, they didn’t recreate the draw of their studio material – really dense crescendos.

NB: The space is cool, sounded like the mixing could have been better though. 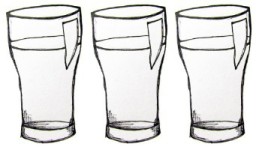